A Letter from Barbara

“You do not belong to you. You belong to the universe. The significance of you will remain forever obscure to you, but you may assume you are fulfilling your significance if you apply yourself to converting all your experience to the highest advantage of others.”
– R. Buckminster Fuller 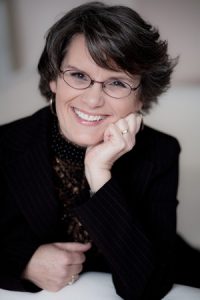 I was born in Montreal, Quebec, Canada. I grew up as an English speaking daughter of an English mother and a Canadian father. During my childhood, there was a lot of tension between English Canadians and French Canadians in Quebec. Despite the fact that the French outnumbered the English 5 to 1, the English held the power. I was one of the English group, and painfully aware of the injustice against French Canadians in particular and all groups without power in general.

I sought to make sense of the inequality I observed around me in many ways over the next few decades. I learned to speak French fluently and was the only English speaking student of 2000 in a French college at the height of tensions between French and English Quebecers. There was also a move by Quebecers to separate from Canada at this time; this has resurfaced several times in my lifetime. This college immersion experience gave me my first experience of what it meant to be a minority, to be afraid to speak up and to feel invisible. It still makes me sensitive to this issue for all minorities.

The Value of Science and Creative Thought

I learned the value of science and creativity from both my parents. My dad taught me respect and love for nature and outdoor physical recreation. My mother introduced me to famous thinkers such as scientist, Buckminster Fuller; writers such as Chaucer; and the philosophy and practice of yoga. I watched and helped her set up some of the first recycling pilot projects in Quebec. In early adulthood, I traveled for a year with my best friend, a young French Canadian woman, around the Europe and North Africa. All of these life experiences gave me an intense passion to know and understand other cultures and make a contribution to a safe, caring and healthy society and planet.

I followed up on my passion for ecology by majoring in environmental and soil conservation at McGill University. I won a scholarship to do graduate study at The University of Canterbury, New Zealand, in the Master’s of Resource Management program. My Master’s thesis was entitled “an evaluation of outdoor education programs in New Zealand schools.” This degree resulted in being hired by the Canadian federal government, upon my return, to initiate leading-edge energy conservation programs in western Canada.

During the early years of my two children’s life, I worked as a religious education director for four years at a Unitarian Universalist church, developing curriculum in world religions, and social justice for all age groups. I also taught yoga classes. These endeavors gave me excellent training in adult education principles, working with volunteers and curriculum development.

The next career launched me back into the environmental sciences field, this time as senior socio-economic consultant. During this ten year time frame, I worked on many environmental impact assessment projects all over Canada, particularly as they affected the original peoples or First Nations people of Canada. I was part of a team that negotiated significant social and economic benefits for northern and Aboriginal people affected by the projects. One of my greatest accomplishments was helping negotiate long term agreements of environmental safety and benefits for six remote northern Canadian Indian (Athabaskan Dene) tribes with a multi-national uranium mining company. Although the tribes gained some of the best benefits ever negotiated in the history of similar projects around the world, I agonized about the general injustice and terror that these projects represented for the tribes.

This agonizing likely led in part to a serious illness I experienced for three years. I finally resigned from my consulting job. The one area that I could truly say I made a difference in these various careers was when I was helping people talk to each other, or being a facilitator for them. It gave me the courage to start North Star Facilitators in 1995. I decided to run the company in a way which allowed me complete integrity with my values of authenticity, inclusivity, and preserving human dignity. Many years later, I am still richly rewarded by the experience of teaching or working with groups on complex issues and helping them sort out their own thinking.

I chose the North Star constellation for my logo and company name. It seemed appropriate since the constellation was used by sailors in the Northern Hemisphere to guide them on their journeys. And, in some Native American traditions, the north represents a place of power and wisdom. To me, the North Star symbolizes my wish to guide groups to make wise decisions about how they wish to make the world a kinder, more thoughtful place to dwell.