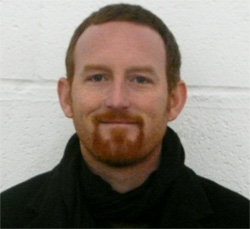 Shane is a facilitator, trainer, and consultant specializing in strategic planning, innovation, and creativity. He has facilitated and trained innovation internationally and is currently working with the City of Portland Bureau of Planning and Sustainability and the Mayor’s office on the city’s long-term strategic plan. He has conducted innovation Design Labs, in collaboration with the Public Strategies Group, with the Office of the Auditor General of British Columbia, Oregon’s Clackamas County Department of Human Services and the Washington State Auditor’s Office. He has also facilitated strategic planning with the Food Front Cooperative board of directors and Financial Beginnings, as well as assisted with strategic planning for the City of Beaverton and CASA for Children.

Shane received his BA from the University of Washington in Creative Processes in 2006 and his Masters of Science in Creativity, Problem Solving, and Change Leadership from the International Center for Studies in Creativity at Buffalo State College in 2008. He has an associate degree in Interactive Multimedia and went to Berklee College of Music in Boston. He currently resides in Portland Oregon.

Shane’s early career was in music, teaching, and graphic design. He wrote and produced eight albums between 1998 and 2007, and has taught music to over 400 students since 1988. He won acknowledgment from King County in Washington State for poster design and has done design work for Portland Taiko, Innotech, the Creative Education Foundation, and the 2008 Creativity and Innovation Management International Conference. He is currently a co-lead singer in the rock and roll cover band Rock Residue.