Calling All Gen X & Y Facilitators – We Need You!

You’ve been thinking about becoming an independent, solo facilitator for a long time.  You have a good job and you’re a little reluctant (or a lot reluctant) to give up the security of your job, the camaraderie of your colleagues and/or perhaps the prestige of your position.  I faced this decision in mid-1990’s.  I was working as a Senior Consultant at a socio-economic consulting firm.  It had been 10 years of really hard work and in the last few years I had been doing a lot of facilitation with indigenous tribes in northern Canada and trying to negotiate the best deal I could for these communities who were being faced with proposals to do large scale forestry or uranium mining in the vicinity of their communities.  It was emotionally painful work and I stayed in this job because I cared so deeply about these communities but also because I wanted the security, camaraderie and prestige of a salaried job!  We know a lot of you are out there thinking about a career change mostly because you want to have a bigger impact on the world.  We are sharing stories about others like you from around the world who are contemplating or who have made the big leap into a full time facilitation career.  We want to IGNITE that fire in you.  It may take awhile as it did for me (2 years) but I encourage you to not waste a single moment more being afraid to do what you really want to do! We really need younger facilitators in this field!  Below we feature a remarkable Gen Y woman who did just this.  Meet Rangineh Azimzadeh Tosang…

When I think of my dear friend and colleague, Rangineh, I think of the fire element.  She has an unquenchable passion for life.  Although she is in her early 30’s she has the wisdom and soul of an elder.  She grew up in a country at war and I know that has influenced her deep desire for world peace.  I have watched her go after whatever she wants in life.  She does not give up.  One of the things she has gone after with such courage is becoming masterful in conflict resolution and facilitation.  I have designed and co-facilitated with Rangineh many times.  Her ability to ask penetrating questions in the design phase gives our events a new depth.  As you know, I am passionate about design, feeling it is the foundational work we must all learn as facilitators.  Read below to learn some tips she used for a complex event in California, her insights about how to be a helpful participant and her advice to us as emerging facilitators. 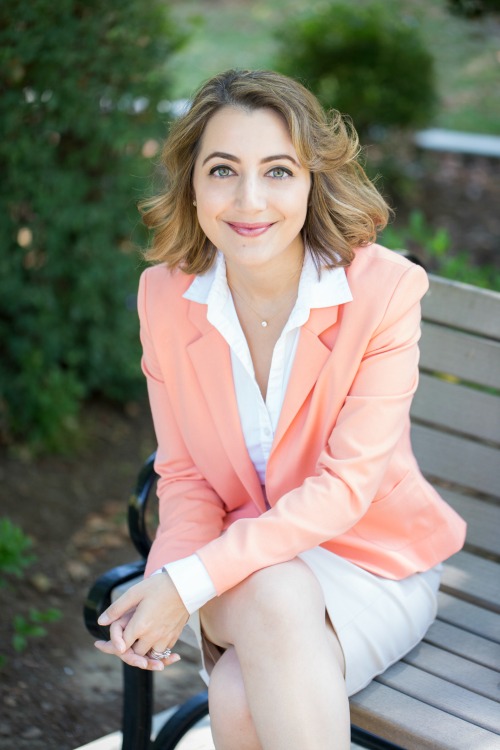 I can still vividly remember that day: April 7, 2014. I had first submitted my application to be certified as a professional facilitator to the International Association of Facilitators (IAF) 4 months earlier on January 7. Now, the moment I had been thoroughly preparing for had arrived. I took the process seriously, and I carefully thought of all the tools I needed to demonstrate to show my skill range and depth. I was one of 6 being evaluated during that nerve-wracking day. All throughout the interview, workshop, and another final interview, I really didn’t have a sense of how I was doing. But, once the decision was made and I was told I passed, I felt such relief! The moment was a turning point in my journey as a facilitator, since it affirmed that my skill sets are recognized by an international body of colleagues.

I’m currently the Senior Program Director of a nonprofit organization based in Sacramento, California that is committed to promoting healthy, sustainable, and equitable communities through advocacy, education, community development, and empowerment. I use my background in conflict transformation, facilitation, and mediation to facilitate community engagement sessions on a regular basis. I also apply my skills to support the organization’s mission around building unity, consensus, and collaborative decision-making.

Though my facilitation journey began long before Sacramento, I have since had the privilege of facilitating several sessions here in Northern California. One session in particular that stands out convened over 50 stakeholders together to discuss the pressing issue of  brownfields and vacant lots in the region. During the session I was able to use a powerful facilitation tool known as a “Historical Scan”. The Historical Scan allowed stakeholders  to examine the issue at four critical levels including : community, local/regional, state and federal. The dialogue ended with a rich set of data, including key successes and setbacks in the last 10 years. Using the Historical Scan gave everyone an opportunity to participate, whether they were an academic, professional, or a local resident.  An event like this really brings a smile to my face because you can see people have “ah-ha” moments and really shift the way they think about an issue. Because of facilitation and how the dialogue was designed, everybody had a place and a space to share their voice. No person was left out, and the design made profound awareness and insight happen!

Unfortunately, I’ve attended events where the opposite happens. As a participant, I’ve observed an obvious disconnect between the facilitator and the participants when the questions aren’t clear and the outcomes are ambiguous, difficult to track or overly generalized. Half of the participants don’t even bother to engage! This just highlights to me the importance of mindful facilitation . It also brings to mind how easy it can be to slip into the role of a “guerrilla facilitator”, which occurs when a participant takes over the facilitation when the session is not going well running the risk of creating unnecessary conflict. This as opposed to a “shadow facilitator,” who, if done well, can be seen as a support for someone in a facilitation role. However, the latter role is tricky because if not done carefully it can be seen as disrespectful to the lead facilitator. To avoid such situations, I would encourage facilitators new to the field to go and watch facilitation happen. Watch how transformative it can be. Take courses and update your skills. Facilitation is an amazing field, and you should not take your role blindly!

I am truly honored to be a facilitator and am now taking the next steps in my journey. I am in the process of establishing Solh Resolutions International, a consulting company aimed at creating systemic change that translates into peaceful processes, global resolutions to conflict, and meaningful international impact. “Solh” is the Farsi word for peace, and I see myself transitioning from my current role in the program management world to building my practice in introspective group process, conflict transformation and inner peace.  I’m envisioning facilitating processes that build peace and contribute to creating “Solh for the Soul.”