Next week is my exact 20th anniversary for starting my business. I officially started it on April 15, 1995. With this blog, I reminisce about how it is to start a business, what are the stages you go through, where I have been, where I am now, and where I would like to go. Here’s my story of how I was able to fly on my own. 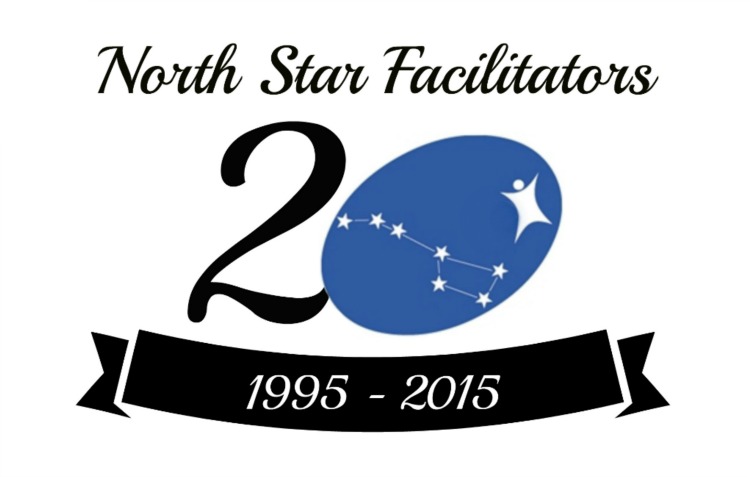 Making the decision to leave an interesting paying job!

In preparing for this blog, I dug up old journals. I have been an avid journaler for many years of my life.  Less so now but a lot in those early days of business. I had written about a dream I had in April 1994.  In the dream, I had come back to my office after holidays and I was expecting to see lots of paper piles on my desk. Instead I came into a very large office. My desk was stuck in the corner and hard to get to because there

was a universal gym and nautilus work-out machines, and a freestanding exercise bicycle with really beautiful clothes hanging on it. In the dream, I was a bit mystified. And then my boss stopped by to say hello. She was really kind to me and gave me a gift of two little vases, one with a little transistor radio in it (20 years ago that was like an MP3 player) playing beautiful music and the other vase had little flowers that were all gold leaved fronds, very delicate and pretty. Later my boss came by and passed me a small bag with food – a steaming hot bun.  I thought in the dream, “Wow, there’s way too much non-work stuff going on here.” Later in the dream, a girl came up to me – someone I didn’t really know and I asked her, “What should I do about work?” And she said, “I think you should give it up”.  I was stunned. Silent. And then I said, “But why do you say this without even knowing me or why should I pay attention to you?” She said that an old University director who had guided me through my master’s degree had told her that this work I was doing as a consultant would always be tremendously demanding and that her intuition was that I couldn’t keep up the work in this way. That is a pretty clear dream – my dreams were guiding me to create work for myself that was joyful, less stressful and where it might feel like it wasn’t really like work at all.

I had been working for 10 years as a socio-economic consultant. The work was both tough  and exciting. I had started to do some facilitated large events. Some went very well but a few were very challenging and I had not any official facilitation training. I wondered what could I have done differently?  I knew I needed to learn more. I knew I needed to leave this work as it was literally, physically, emotionally and spiritually killing me. I had been chronically ill for three years.

So 20 years ago, I really had no idea what I was going to do with the rest of my life. I had not yet reached 40 but I was close. In the same file folder where I wrote about this dream, I had made all kinds of calculations. Could I make this switch financially? I made charts listing pluses and minuses. What I  liked: my colleagues, the ego boost that my colleagues thought I was capable and lovable, the travel, learning from other places and the Aboriginal cultures that I spent much time with, talking with clients and offering advice. What I didn’t like: the long days, the confusion about how to ask for things, e.g., secretarial support, computers, lack of organization on my part, the work that wasn’t collaborative, not being able to help others individually, and no support for my own professional development training.

In that same file , I also came across my resignation  letter I wrote in January 1995 to my former and last-ever employers. This is what I wrote:  “Please be sure that my decision is not because of problems with this company. Rather, it comes from a desire to change career paths. As a result of the inner work that I have done, I find my whole outlook on life has changed. This has prompted an intense desire to do a different kind of work than can be done within the company’s framework. The direction of this new career is not yet fully formed but I suspect it will be self-employed work related to teaching and healing. I feel I will not be able to further this new focus until I complete my commitment with this company.”

New beginnings – Yikes – how do I do this?

So in April 1995, I launched  my business. I had no business name, no office other than my bedroom, and no money. For my first facilitation job and for many, many jobs after that, I agonized over whether I was doing a good enough job. I still do that but I’m able to let go of that feeling of worry all the time.  In 1997, I wrote about one of my early jobs with a small rural Town Council. I was hired to do strategic planning where the person in charge  had been there for a long time. The mayor’s  (town leader) name was Jack.  At one point in the session there was an idea that came up in front of this whole Town Council that said, “Get rid of Jack”. Wow – that was a little scary!  But as we probed what was really behind the idea, everyone realized that it was the lack of succession planning that was the real issue. Even Jack realized that the comment was done both in seriousness and in teasing. Apparently, even though I had written in my journal that the job had been tremendously challenging, Jack told another Mayor in the adjacent town that we were very good and recommended us! I passed yet another internal test of my own making. I might be a good facilitator. 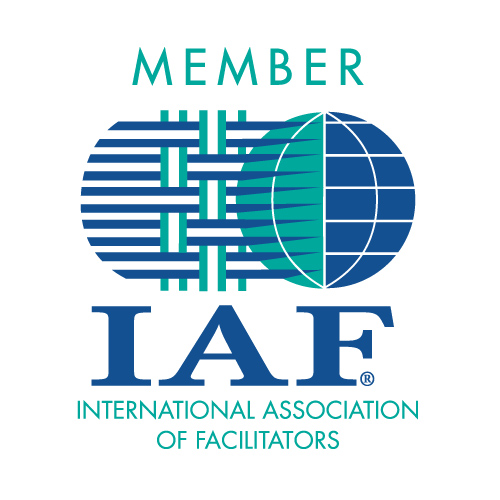 What I was in those first seven or eight years, was a very sincere, dedicated professional. I spent many of those years studying and learning more about the field.  I became an active volunteer with the International Association of the Facilitators.  I became a Certified Professional Facilitator (CPF) because I believed that the profession needed the credibility even though I did not feel I needed  more credibility at that point in my career. Later I became an ICA Certified ToP Facilitator (CTF). I decided that I did not want to work alone and that I would always try to have someone to assist me with my office and logistical work. I learned how to use computers well.

Three years into my business – it’s 1998, I write in my journal, “Overwhelmed despite no client worked last week, this week or for the next 2 to 3 weeks! Trying to use this time to catch up on accounting and tax process, set up systems, business development, contact all clients and invite them to a party, organize more long-term relationship with the Institute of Cultural Affairs, and investigate what else I can do.”

It was that year that I started working on my three year associate program with the Canadian Institute of Cultural Affairs learning the depth and breadth of the Technology of Participation (ToP) methods that revolutionized my life and business. I also wrote in my journal that I facilitated for a small food collective. It was high-level conflict. I remember at the end of the job I felt like I once again had failed. Yet a few days later they called me and said they had really worked things out and things were much better. I just learned over the years to really trust the following: 1) if your intention is good, 2) you use the best tools and 3) have a good sense of presence for the group, you are likely going to do a good job. If you visualize things going well, something good will come out of it. Perhaps not in that exact moment. It might take weeks, months or even occur years later. But you have really helped a group think about changing. It is the most satisfying work I have ever done.

The next big step – move to the USA from Canada!

September 2002. I am living in the United States. We have immigrated because I had a vision about working with people all over the world. My husband finds a job in Portland, Oregon. I write to my friends and colleagues back in Canada, “I’m slowly making new contacts and friends related to business. I am part of a three-some group of women who support one another in business. I am also making good connections with ICA USA. My facilitation company will be offering their training here in Portland. I will become one of the trainers by February I hope. The discouraging news is the economy is in severe crisis here – as bad as it was in 1981, if you remember that. Budget cuts are severe; companies are closing; schools are shutting down for three or four weeks at a time. It has been difficult for me to think of launching my business here in this type of business climate, however it gives me time to think and refocus. I’m working with a business coach to find my niche market – a real trend here. I also had a professional organizer come to help me redesign my office which is four times larger than my old office space. All I need now is some business and this will take much more marketing than I expected. I was for sometime, a bit despondent (sad/depressed) about all this, but now I feel more relaxed especially as I have a big contract back in Canada.”

I did eventually build the business up again in about three years in the USA. That’s what it took me in Canada – three years. I have a nose for finding out how to ask people, “Who needs a good facilitator? Can you refer me to any of your colleagues or friends that may do strategic planning? Do you know anyone who needs teambuilding? Resolve conflict?” I just kept asking. I kept going to networking meetings and telling people what I was passionate about doing. I also was very generous. I offered to help people for free – gave coaching advice for free. Eventually those people I coached, hired me to work with their clients.

I think it is actually taken me about 20 years to learn that work can be not like work at all. I love everything I’m doing right now. I will keep training, mentoring folks who are passionate about what I do. I will co- facilitate jobs that interest me or challenge me, especially if they help diversity the profession.  I will play at work more.  I will play more in general and visit more with people I love .

In summary, I would say expect to have to work hard. Expect to learn a lot about yourself. Try not to do everything alone. Have fun. 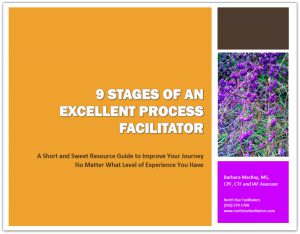