Year 2000: The Most Powerful Vision of My Life

Almost 15 years ago, December 5,  2000, I had the most powerful vision of my life in the Chicago airport. I had an  8 hour layover due to snow storms. I was just coming back from Mexico having had a wonderful visit with my sister, and I had all kinds of ideas about how my life and work was going to go next. So, I sat back on those uncomfortable plastic chairs in airports and I closed my eyes and continued to envision my life.

I’d like to share what this vision was about so you are reminded how powerful visions can be. (Our instant download PDF module includes six ways to do visioning with groups including a script for doing your own personal visioning process.  If you buy it, then email me, and I’ll also send you an audio file with a guided visioning script.)

I have no idea how this all vision came to me. I knew it was powerful and clear enough that it was likely going to come true.  After I did my own guided visioning, (still at airport waiting for storms to pass!) I put it into the graphic PATH planning process.  I had done this PATH process (Planning Alternative Tomorrows with Hope) for so many of my family members in Mexico and client groups, it came to me quickly and naturally. Here are the photos of my PATH drawn in green pen. (I keep all my visioning and strategic planning efforts).

Please note in the year 2000, I was living in the beautiful but ultra cold and hot city of Winnipeg, Manitoba, Canada at that time. (Weather is -40° C in the winter and +40° C in the summer more or less.  The in-between seasons are quite nice!) I had no plans to move. I certainly had no plans to immigrate to the USA. I had built quite an amazing facilitation business in the six previous years and was hoping to expand it even further.  Yet, here is what I “saw” in my Chicago airport vision 2000:

– My husband playing tennis outdoors and indoors year-round  (yes – it came true – he is indeed doing that and he belongs to really nice tennis club now).

–  Visits from international colleagues. They were coming  to my home office and we were co-designing events.  We were thinking about world problems and having great fun working and playing together. (See video of six Japanese colleagues I just met last week who came here for the OD World Summit). We did a little video in the park of why we love facilitation and OD.

So that vision came true because  I have an average of 20 to 30 visitors a year. Many of them are from overseas.  Many of them come to take training with me. Seven or eight of them I have consistently trained and or mentored over the last 6 to 7 years  and we now co-facilitate or work  together on really interesting jobs. See photos below.

– My home had a white leather couch in this vision (I did not get that!)  And a two-sided fireplace. I didn’t even know if a two-sided fireplace existed. This is what my current home house has! When we found this home I had forgotten about this part of my vision and was astonished after we moved in,  to realize it had been indeed in that Chicago airport vision.

– I heard sounds of water everywhere in my vision. I didn’t know what that meant but I also saw that I was living close enough to an ocean to go for walks. At that point I was 3000 miles or 5000 km away from any ocean.

– I had a large spacious uncluttered kitchen (yes – it came true – spacious yes, uncluttered- not always!) 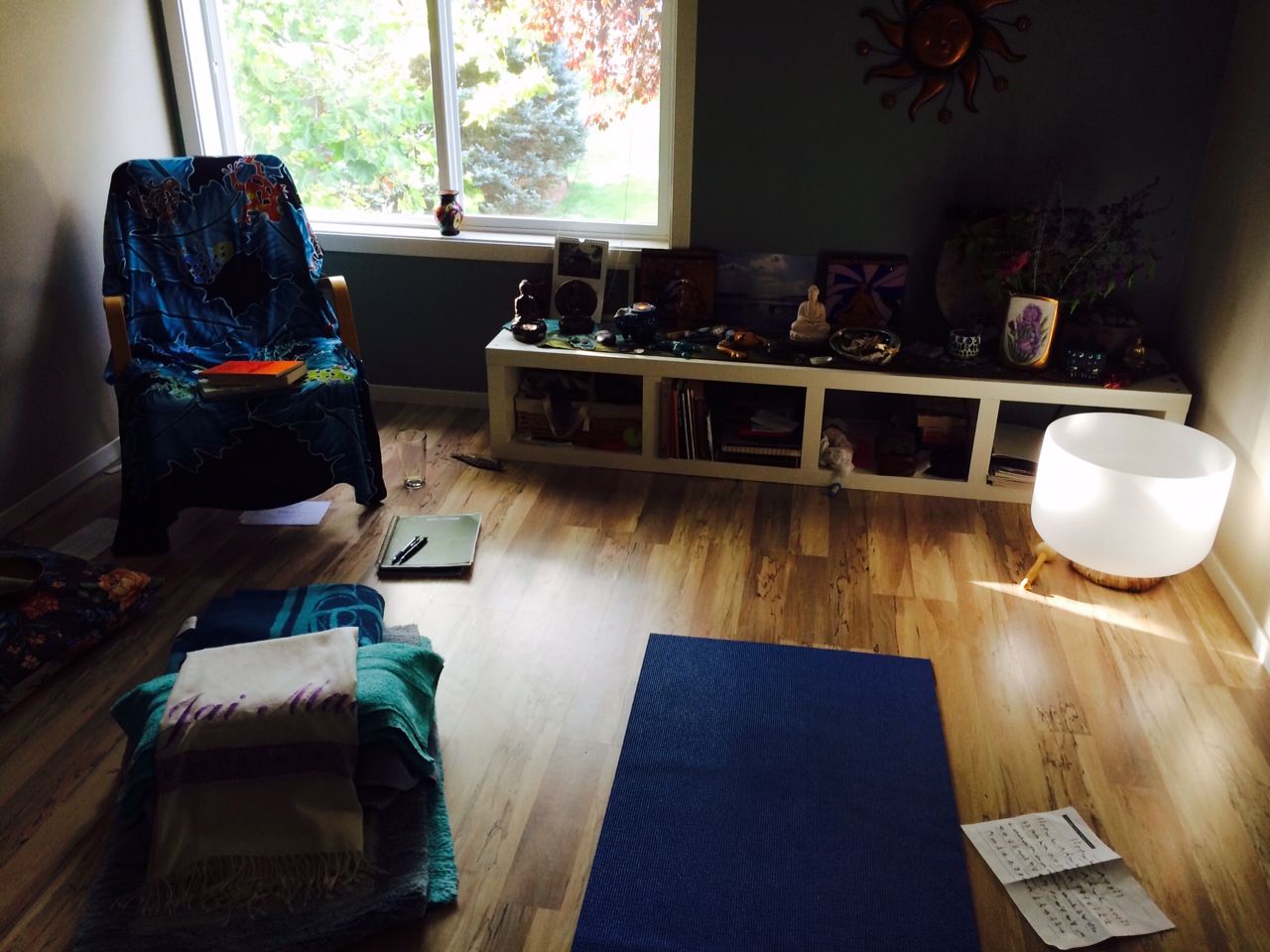 – I had published a lot of writing (I had thought I would publish books but instead I published more than 40 PDF modules and blogs – over 100 of them now.  I have been copiously writing for the last ten+ years)

When I shared elements of this this vision back in the year 2000 with my husband, he asked, “Where do you think that is?” I said, “I don’t know but maybe we are going to move to the west coast of Canada like Victoria or Vancouver.” He just laughed at me and said that was way too expensive.

Nonetheless he found a job on the Internet in Oregon two months after sharing my vision with him.  Four months later he went to test out the job. Six months later he had moved to Oregon. One year after my vision on December 31, 2001, our whole family had moved to West Coast USA, 90 minutes drive from the ocean, with abundant rainfall and waterfalls, and living  in a beautiful spacious house.  We were financially in ruins – our income was down to 25% of what it had been, and our expenses were way higher than they had been in Canada.  But I held onto this vision.  And now we have moved through the financial difficulties, we have worked through starting from scratch in a brand-new country and although I still miss my country of Canada dearly, I am quite content here.  I’m now a dual citizen doing work all over the world with my amazing colleagues. And I live in one of the most beautiful places of the world where the temperature rarely goes below 0°C!

Thank you for letting me share that 15-year-old vision with you and how much of it has materialized now. My learnings:  Never doubt that a strong, clear vision can take you so far. Believe in yourself.  Believe in your ability to change the world.

Keep practicing all your good practices like I said in my last blog. I’d love to hear about how your visions have come true too.