Imagine you are presenting at a pre-conference workshop where everyone wants to be there. People have signed up and paid to be there. There was no possibility that someone could show up at the facilitators conference, pay a good amount of money and not want to be there. Right? Not so! This is what happened at a recent conference session. I am pretty sure the person I am writing about would not be upset with me to share this story based on our candid interactions throughout the conference. I will try to do so in a way that maintains confidentiality. This person was one of the most open, candid participants I have ever met. Be prepared for a good, even tearful story! Every photo represents what I was thinking to myself at various points in the story. They were taken from my trip to Montreal after the conference. (The dog walker gave me permission to take his dogs’ photos.)

So how did this occasion arise? My co-facilitator, Rangineh, and I had been preparing for the session for a long time. We were well prepared and taking people through the Nine Stage Journey of becoming an excellent process facilitator. We had a small group of really great very experienced facilitators. Thirty minutes after the start of the session and everyone had introduced themselves, good energy had been established. Then…a new participant entered the room. Since I was leading the opening activity, I asked this person to introduce themselves using the same questions that we had asked everyone else.

Let’s call this person Kim and use the gender pronoun “they”. Kim launched into a fairly lengthy discourse about how they didn’t really want to be at the conference. The only reason they had come was to get professional development credits. They thought facilitators did a bunch a woo-woo stuff and nobody was ever real. The world was a nasty place and full of bad people. And their job every day was to deal with some of those bad people and they had to be the person who forced them to comply with things they should be doing. They also said they didn’t feel well and had taken significant medication to deal with an infection. Finally they said, they had some family issues going on. I tried unsuccessfully to interrupt this person. Kim continued to rant about how bad the world was, how bad people were, and it was their job to fix everyone.

I could see my co-facilitator Rangineh, absorbed with the story behind the story. She told me later that she felt very deeply the pain of this person and at the moment could not think about anything other than their pain. I, on the other hand was noticing from a practical point of view, that the other participants were literally leaning away from this person. Their bodies were bending over as though trying to protect themselves and their faces were looking nervous, frustrated or scared. I was thinking “(swearword), what am I going to do about this situation?” At that moment I decided I had to be honest and caring, but the group’s well-being was more important then catering to this person’s unchecked behavior. I loudly said: “Kim!” I got their attention before continuing. I said, “I hear you are not feeling well. I hear that a family member has gotten into trouble. I hear that you work hard and that you think the world is full of bad people. But right now your energy is negatively affecting the whole room. And I need you to contain that energy. We are very glad you’re here and we like to carry on with the next activity. Can you do that?”

I didn’t know if this was the right thing to do it. But I sensed that this person, given the world they lived in, needed directness and realness. A few moments later another participant, was able to voice some of the things that they heard Kim say but also say “I respectfully disagree with you. And this is why I disagree with your perspective”. Later on, Kim told me that that statement had been very helpful to relaxing them a bit.

We had no idea, at that moment, how capable Kim was of using this material and running with it. At another moment later in the day, Kim proudly showed a drawing of their current state versus future state using an image shift activity that Rangineh led. The contrast was amazing. They drew storm clouds and heart palpitations as their current situation. Their future situation was illustrated by a beautiful mixture of curly designs, with a flower and sun reading radiating out in the middle. It was truly transformative.

And, Kim came back to the the remainder of the conference. They participated in every activity thoroughly and enjoyably. The next day they reached out to me, took my hand and said, “Your workshop was a gift to me. I realize I have to stop hanging out with so many bad people and start hanging out with nice people like the people here at this conference.” 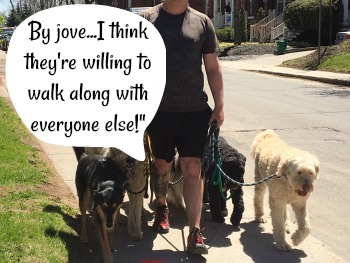 What helped with this truly transformative situation? I think this person needed to be heard. We did that. I did that. Rangineh did that. All of the participants did that. We gave this person lots of uninterrupted listening time as we did with everyone else through the use of constructivist listening. We ensured this person was honored for exactly where they were at this moment in their life. Because it was a room full of very seasoned facilitators, everyone relaxed and knew what to do once we set the stage. We reset the safety by telling this person that they can be here but have to be respectful of how their energy affects others. I give a huge amount of credit also to Kim. They showed up, participated in every activity fully, and really began to use everyone in the room to help them get to where they needed to be.

In summary, I think the formula goes something like this when you’re dealing with a very unusual challenging behavior:

1. Assess the impact on the group of this behavior. Is it worth dealing with quickly?
2. Take a deep breath. Do you internal facilitator self-talk. i.e. I can handle this. or What’s the worst thing that can happen? (you’re not necessarily coming up with a solution yet)
3. Do what you need to do to respectfully catch the person’s attention and interrupt the unhelpful behavior.
4. Repeat back some of their exact words, i.e. “I heard you say…”
5. Tell them exactly why their behavior is unhelpful.
6. Ask them if they are willing to change their behavior so that the whole group can move forward.
7. Check in with them a few more times during breaks and let them know you care about them. (We did this, I just didn’t mention it in the story and this gave the person an opportunity to share more details about why they were so discouraged.)
8. If there is not enough change in the person’s behavior to ensure the group will reach its outcomes, be prepared to ask this person to leave.

End of story. Although I probably will never stop thinking about Kim. I send you lots of love Kim. If you happen to come across this article, you know who you are. And you are truly amazing.

What would you have done?